Bleeding Gums: 5 Possible Causes and What To Do About It 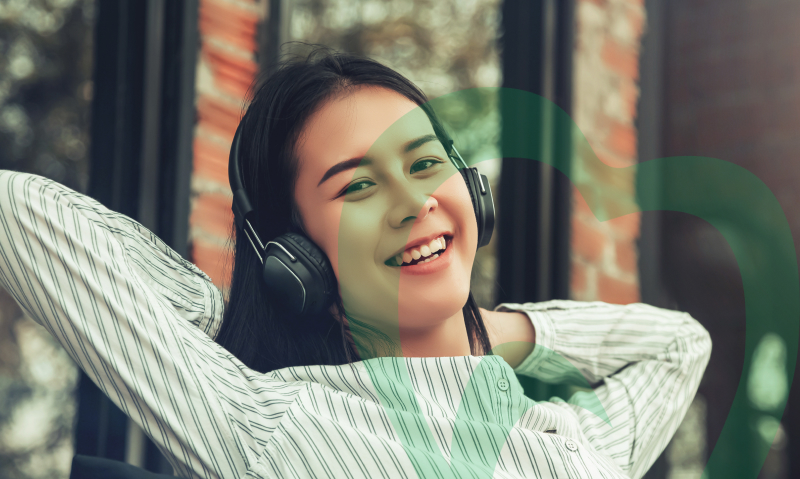 How to Stop Your Bleeding Gums

Have you noticed blood on your floss or pink when you spit after brushing? Bleeding gums is a frequently seen oral health issue that many adults experience. In fact, bleeding during or after flossing can be such a common problem that you might even think it’s a normal reaction. This isn’t the case!

If your gums regularly bleed, feel tender, or look swollen, this could be a sign of a much bigger problem lurking in your smile.

Gums typically bleed for one of three reasons: the tissue has been injured, there is an oral hygiene problem, or there is an underlying disease relating to the mouth. In some cases, the trigger may be simple enough to fix and stop the bleeding, but more often than not, bleeding gums are a symptom that can’t be treated directly.

Let’s take a look at the 5 most common reasons why gums bleed.

The #1 cause behind bleeding gums is either gingivitis or gum disease. Nearly half of all adults have some form of gum disease, and most will experience bleeding, tender, or irritated gums as a primary symptom.

Gingivitis is the precursor to gum disease and is characterized by the gums being in a state of chronic inflammation. This typically occurs when plaque build-up on the teeth irritates the gum tissue in the pockets surrounding the teeth.

Gum disease is a multi-stage disease that begins as fairly mild gum disease and ends as periodontitis, the most severe form. Gum disease occurs when gingivitis isn’t treated and plaque continues to build, resulting in infection within the gum tissue.

How you care for your smile directly impacts your gum health. Bleeding gums can occur if you either don’t brush and floss often enough, brush and floss too often, or use a technique that harms your gum tissue.

Remember, brushing really hard or vigorously flossing isn’t necessary and can hurt your gum tissue. Focus on thoroughness and gentle technique over elbow grease, and always use a soft-bristled toothbrush.

Your diet has a significant impact on your oral health, both in terms of what you eat and the overall nutrition you receive from your diet.

Crunchy foods like chips, crackers, and cereal can poke and irritate the gum tissue, causing bleeding to occur when you go to floss or brush. If you only notice bleeding gums after eating, think about the foods you ate and consider if that might have caused some minor damage.

A diet lacking in nutrition is a more common reason for chronic gum bleeding relating to diet. If your diet is lacking in important vitamins and minerals from healthy, whole foods, your oral health can suffer. This can result in tender, delicate gums that are much more likely to bleed from brushing, flossing, and eating.

If you’ve recently started taking a new medication and are now experiencing bleeding gums, it could be related. Blood-thinning medications are often the culprit and can cause you to bleed after brushing, flossing, or eating foods that irritate the gum tissue. Keep in mind that it isn’t always prescription medications that can cause bleeding gums. If your doctor advised you to take aspirin or ibuprofen for health reasons, even these over-the-counter medications can cause the same problem.

If you do suspect your medication may be playing a role in your oral health, do not stop taking the medication unless you’ve spoken with your doctor. If the medication can’t be changed, your dentist will help you find new ways of caring for your smile to manage your gum health.

5. Diabetes and Other Diseases

Many diseases in the body often lead to trouble in the mouth because of how connected oral health is to overall health. Bleeding gums and an increased risk of gum disease are commonly found in patients who have a strained immune system.

One of the most common examples of a systemic disease leading to gum disease is diabetes. Both type 1 and type 2 diabetes can make it really easy to develop gingivitis and gum disease, thus leading to bleeding gums as a symptom.

If you have diabetes, it’s important to share this with your dentist so they can adapt your oral care routine and help you maintain optimal oral health.

What to Do if Your Gums Are Bleeding

If your gums are bleeding often, or you’re experiencing tenderness while flossing or brushing, here’s what you need to do.

1. Speak With Your Dentist

Bleeding gums is always something you should tell your dentist about. Give their office a call and explain what you’re experiencing. In most cases, some light bleeding directly after flossing isn’t cause for an urgent appointment, but your dentist will want you to come in for a general exam soon.

Take a look at how you care for your smile at home and see if there’s anything you can do that might improve your gum health. Maybe you’re not brushing and flossing often enough or you need to cut back on vigorous flossing habits. You can also begin to use oral care products designed for gum health, as long as they have the ADA seal of acceptance.

3. Improve Your Diet as Needed

Cut back on sugar and processed foods as much as you can. Be aware of hidden sugars and citric acids in drinks, including diet or “healthy” drinks like juice. Starches and carbohydrates can also contribute to plaque build-up and subsequent gum irritation and bleeding.

Your dentist is a great source of information and guidance on creating a smile-friendly diet.

Schedule your next appointment at The Tooth Doc today.

If you’re experiencing gum bleeding, tenderness, or any other oral health concerns, the team at The Tooth Doc can help you get on the road to recovery.

You can schedule a visit right away by calling our Omaha, NE, office or using our online booking portal on our website.